The Children (Scotland) Bill is currently under consideration at the Scottish Parliament. This Bill updates the 25 year old Children (Scotland) Act by adding various factors to be taken into account by a court in deciding on living and other arrangements for children when their separated parents cannot agree between themselves.

One proposed change that will be discussed is for children to spend equal time with each parent if that is that is considered best for them.  This proposed amendment is based on the ‘joint physical custody’ law that was introduced in Belgium in 2006.

Here, experienced family judge from Dinant, Marie-France Carlier, explains how that law change in 2006 has made a significant contribution to the equality of mothers and fathers in divorce and separation: 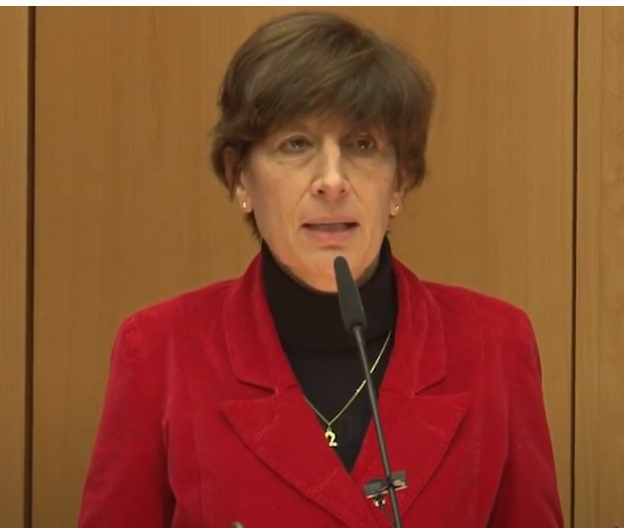 Since 2006, there has been a huge reduction of parental conflict in the Belgian family courts as parents now know what the law says.  After separation, many of them immediately decide to set up joint physical custody without needing a decision of court.

This law has made our work as judges easier as we have to respect the law. At the same time we know from research that the best interests of most children is for them to benefit from equal involvement of both parents.

Statistics were produced between 2010 and 2014 in three different Belgian court districts  – two in Flanders and one in Wallonia.  They showed that in Liège (Wallonia), fathers who asked for equal custody obtained it in 50.69% of cases. They obtained ‘semi-equal custody’ in 16.47% of cases.  ‘Semi-equal custody’ is a 9 days:5 days routine so that the father has the children more than 35% of the time).

These figures have certainly increased further over the last six years. Judges are getting younger – I am the oldest judge in the family section – and are mainly women to whom distribution of tasks between the parents is obvious.

The main goal of the Belgian law is to benefit the child. The legislation aims to achieve this by maintaining a child’s relationship with both parents which is one of the main protective factors for children’s well-being during and after parental separation (Amato, 2000).

This law change in Belgium reversed the burden of the proof and therefore compels the parent who opposes joint physical custody to prove the existence of serious contraindications, failing which he or she will not obtain the sole custody of the child.

Belgian judges have never been reluctant to set up equal custody. In the very beginning, they were careful as some psychological studies concluded that this kind of custody might not the best for children.

Now that lots of research has concluded that equal or nearly equal time with each parent is best formula for the majority of parents and children. One major research study reports that the quality of the parent-child relationship of children in joint physical custody is found to be similar to that of children from intact families.

Belgian judges are convinced it is a really good law.

I have never heard any of my colleagues having problems in applying this law except with children under 3 years of age. When the children are very young the judge has to alternate very short periods with each parent as children have no idea of ​​time and may believe they have been abandoned.

Most of the Belgian family judges are young, modern and open-minded women. In their own relationships, they are sharing all the tasks relating to the education and the maintenance of their children. They do not understand how some mothers can fight so hard against what is best for their child.

It is still difficult to understand why some parents are still trying to get sole custody when the other parent is competent and has no problem of addiction or of violence. In these cases, we have to understand the parental dynamic and help the parents to resolve their issues by sending them to mediation.

£2 pays for the tea and biscuits at a local group meeting. People hear from others going through similar issues at meetings and don't feel so alone. Everyone is welcome at the meetings, see the listings on this website. Donate £2 Donate £2

£10 pays for the time we spend to compile the answer to one of the Frequently Asked Questions on the new web site. FAQs are based on real enquiries in order to help others deal with similar issues. Donate £10 Donate £10

£50 pays for the cost of training a lay supporter to accompany someone to court if they don't have a lawyer. The supporter provides moral support, takes notes and helps people to know how the court works. Donate £50 Donate £50

£100 pays for us to publish a factsheet on a new topic, based on an issue that people are asking us about. Donate £100 Donate £100

If we have given you a lot of help and you can afford it, we are very grateful for larger donations. Donate £££ Donate £££